“People think you have to be the smartest person. If you have the ability to connect and influence, have empathy and can motivate people, and have social skills, It’s more than smarts.” 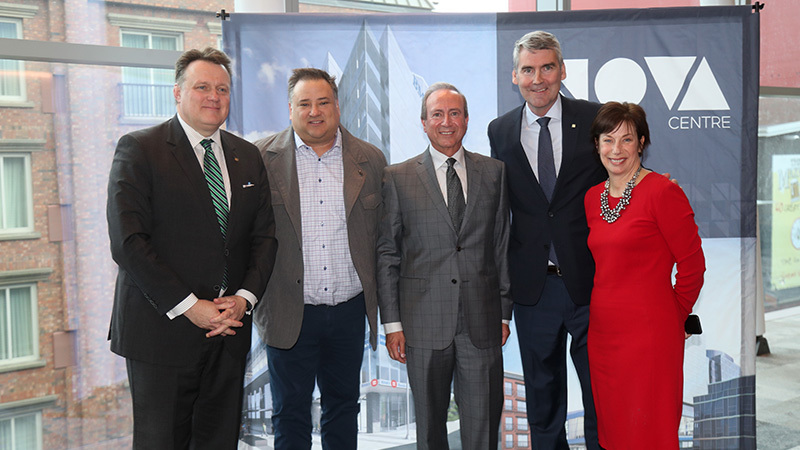 Joe Ramia began his career in the furniture business in 1974. With his brother Tony, he opened Worldwide Furniture, establishing both Gallery 1 and a Halifax franchise of Ashley Furniture Home Store. Joe has become one of Nova Scotia’s major real estate developers, completing projects such as the Lockheed Martin complex in Dartmouth, the Bay West Centre in Halifax, and most recently the Nova Centre in the downtown core. Joe currently has a portfolio of more than two million square feet of leasable space in Nova Scotia.

Stephanie and Maurizio Bertossi
Back to search
Ernest, Arthur, Russell and Larry Theriault